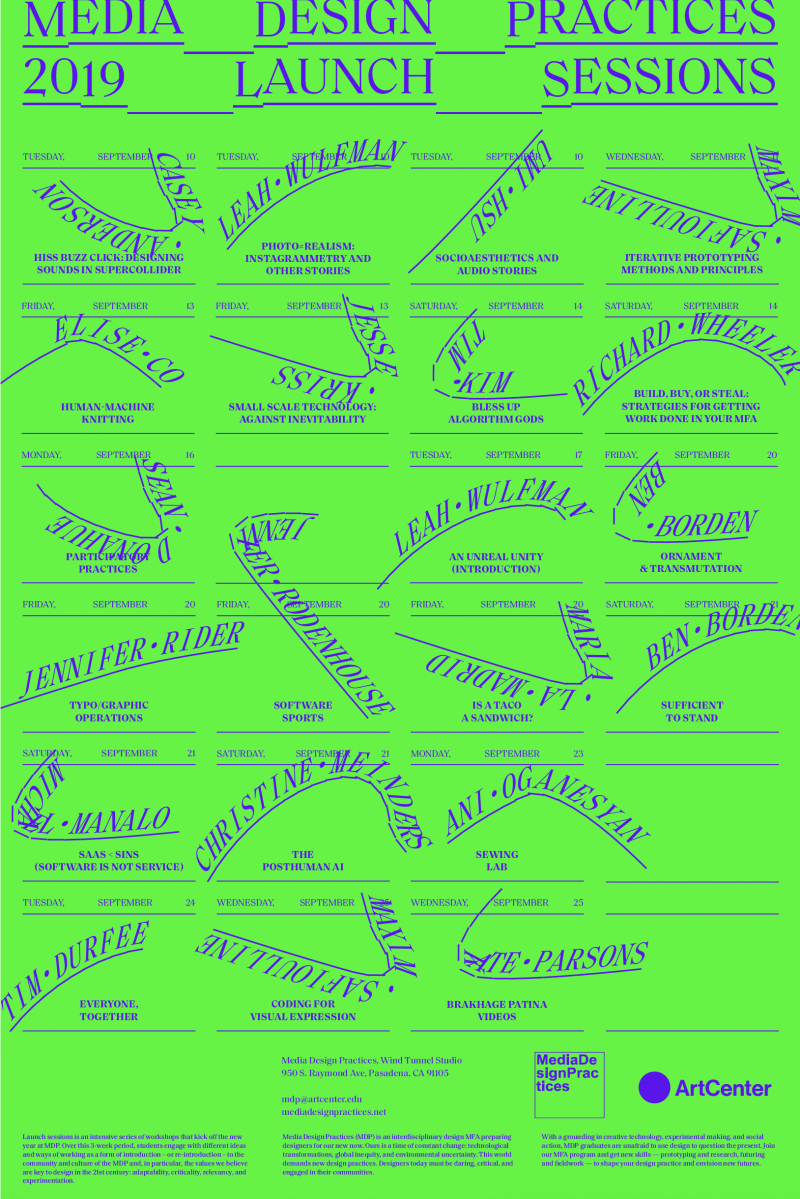 Intensive series of workshops that kick off the new year, that highlight the values we believe are key to design in the 21st Century: adaptability, criticality, relevancy, and experimentation.

Over this 3-week period, students engage with different ideas and ways of working as a form of introduction – or re-introduction – to the community and culture of the MDP. We have invited a range of inspiring faculty and practitioners – many of them from among our current faculty – to lead brief workshops on topics of their choosing. With most of the workshops running for 6-hours each, the intention is less about acquiring comprehensive knowledge about a subject or skill than it is about becoming comfortable with jumping into new contexts and trying new techniques.